Save the Bonneville Salt Flats 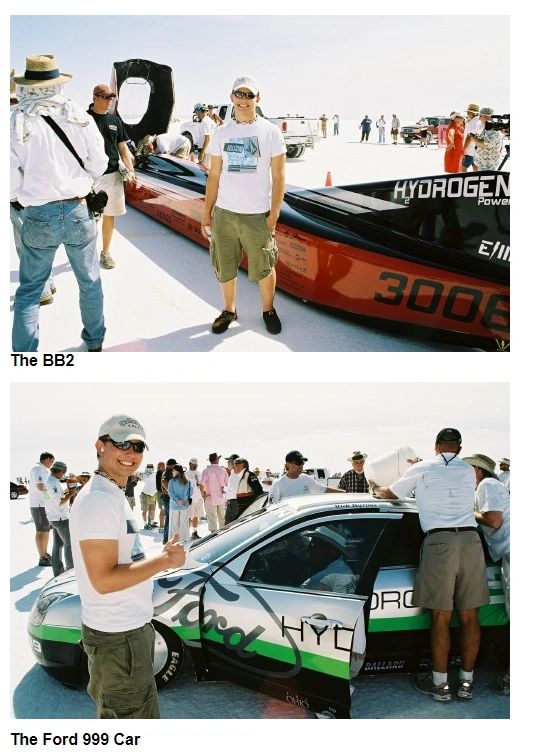 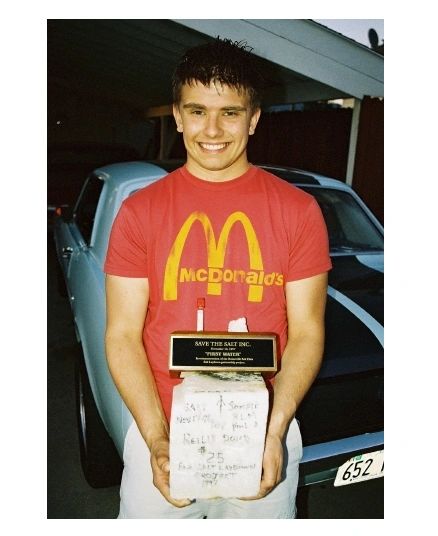 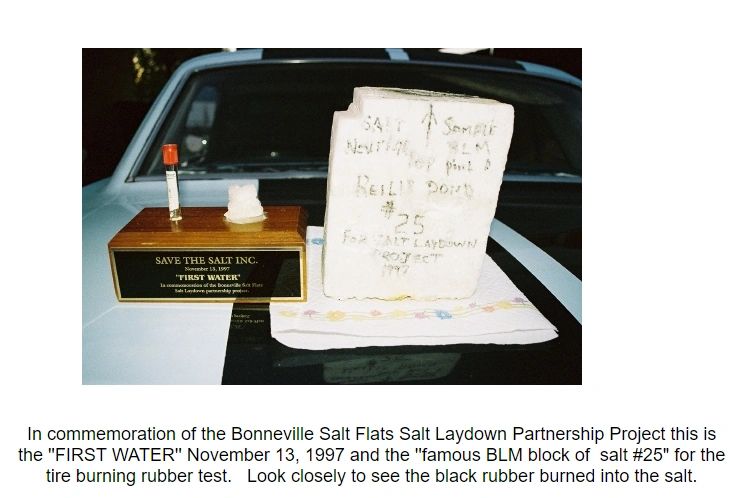 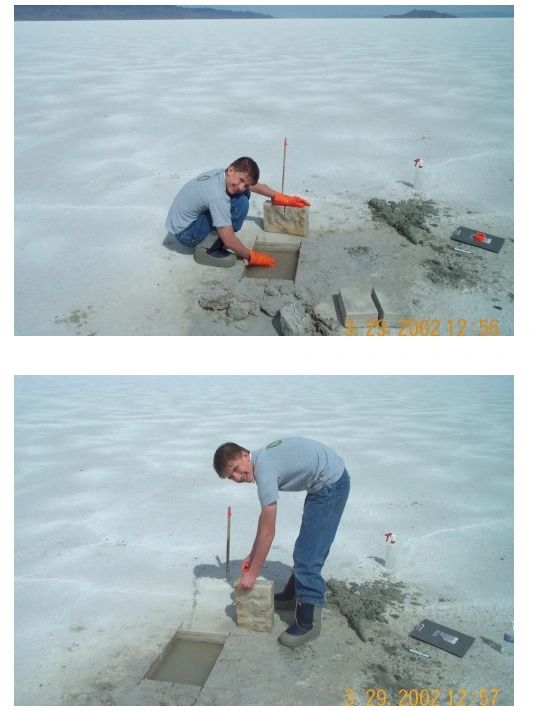 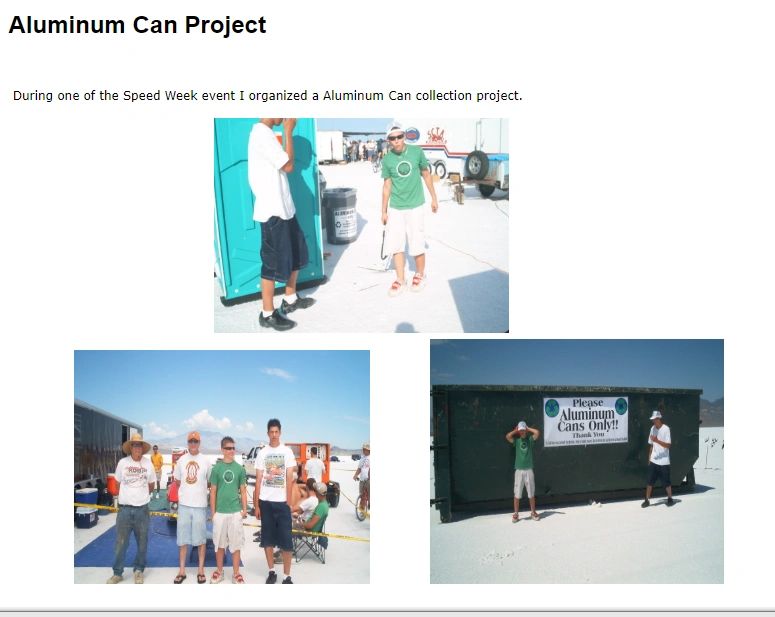 
At 14, Brent Singleton has a crusade: to save the Bonneville Salt Flats.


Brent Singleton stands in front of his science fair project on how to save the Bonneville Salt Flats and the hybrid car he and his dad, Kent, have been racing on the flats.
Scott G. Winterton, Deseret News

The teen is interested in the famous flats because he owns an older race car that has set records on the flats, and because he loves the beautiful white expanses that stretch to the horizon. Driving along I-80 toward Nevada, the Bonneville Salt Flats seem like an endless, eternal part of nature.


But like many other aspects of nature, that's an illusion. The flats are finite, and at times they have been shrinking. They have lost so much salt that the future of the famous racetrack has been questioned.


Singleton wants racing to continue. He is the owner of a 1992 electric vehicle originally donated to Weber State University, which he wants to race on the flats. When he bought it with his own money, the car was partially dismantled.


"We had to put in all the batteries, get them all charged, and we had to wire it," said Singleton, who is a student at T.H. Bell Junior High, Washington Terrace, Weber County. "Then to race, we had to make enhancements to the battery box."


Last year, he was pre-approved to take the car onto the salt track for the National Alternative Fuels Vehicle Competition.
But at the last minute, insurance issues intervened, and his dad, Kent Singleton, had to race it for him. It set records for zero emission (electric) vehicles, 61.53 mph, and hybrid gasoline-electric vehicles, 96.95 mph.


Next year, Brent Singleton will be driving as the insurance issues have been resolved, his father adds.


Brent Singleton has become an expert on the salt flats, preparing a science fair project about salt conditions.


He is thrilled by the sparkling white expanse. He notes the salt deposit is so flat for such a great distance that "you can also see the curvature of the Earth."


Meeting with federal officials and representatives of the extraction industry and racing interests, he is battling to continue a project to pump brine onto the flats. The project has sought to reverse the flats' shrinkage.


Depth and size of the salt layers have varied over the years. Big controversies have erupted over whether extraction industries are responsible for the shrinkage or if it is part of a natural pattern.


A potash extraction firm joined with the Bureau of Land Management to pump 1.5 million tons of salty water every year onto the northern section of the flats. There, it is supposed to increase salt depth throughout the Bonneville Speedway region.

But the experiment has not added the predicted half-inch per year. The project, which has been going on for five years, is set to terminate in April.


Bill White, a geologist for the BLM, was using a chain saw to cut a test pit in the hard salt pan when the Deseret News contacted him by cell phone. The flats are so remote that he had to climb onto his pickup truck to get a good connection.


The extraction company, Reilly Industries, is obtaining brine from federal leases plus land they own outright. The potash they obtain (a k a potassium chloride) is used in making fertilizer. Hundreds of thousands of tons of ordinary salt is a by-product that piles up in the evaporation ponds.


"They're using some old primary ponds where they dropped out the sodium chloride (ordinary salt) as the source for making a lay-down brine," White said. This material is mixed with water and pumped to the flats north of I-80.


Reilly Industries has spent from $80,000 to $100,000 yearly on the project's operating costs, plus $1 million in capital costs. The BLM paid for hardware, geochemical modeling and monitoring.


By April 2000, three years after the project started, the company "had transported about 4.6 million tons of salt onto the salt flats."


Before the experiment, one study predicted that every year it would deposit 0.4 of an inch additional salt over the flats. That would make more than an inch and a half of new salt by now.


"We think that dense cemented salt stratum thickens and thins seasonally," White said. In the winter, when rainwater dissolves salt, the layer is thin; in the summer, when water from a briny aquifer evaporates off the surface, it is thickest.

"The salt crust that was added was not real thick," White said.


Meanwhile, the pumping project apparently has caused the flats to expand, adding about five square miles, for a total of 31 square miles.


Salt pumped to the north may be going in three directions: onto the existing surface, expanding the flats or into the aquifer.
Historic surveys of the salt flats show that "it waxes and wanes on a periodical basis," White said. "It is an incredibly complex area."


Climate may have much to do with the extent and thickness of the salt.


"The one thing that we know for sure is that we're adding salt back to the system, and we can quantify that in tons."
Reilly Industries will be carrying out an independent study of the project, White added.


Brent Singleton wants the project to continue putting brine on the salt flats. If pumping ends, he argues, "it would start diminishing again."

Copyright © 2019 Save the Bonneville Salt Flats - All Rights Reserved.